Lawsuit (access to justice) for Child Victims of Terrorism - ADVT

Text of the 2nd Ceremony on Lawsuit for Child Victims of Terrorism organized by ADVT at Bahrami Children's Hospital.

Public Relations of Association for Defending Victims of Terrorism – Ceremony of lawsuit for child victims of terrorism was held on the occasion of Universal Children's Day, in cooperation with the Children's Movement for Children in the conference hall of Bahrami Children's Hospital. It was attended by children and families of affected children and some representatives of foreign countries.

Ms. M. Karami, the vice-chairperson of the Association for Defending Victims of terrorism, congratulated the Universal Children's Day and commemorated the memory of all children affected by terrorism around the world, especially the children affected in the terrorist attack of Saddam Hussein on the hospital in 1988. She said "you know that the hospital was attacked during the war and a number of children were killed. Our Association has launched a movement called "Children for Children" to support the children affected by terrorism. You know in Yemen, Syria, Iraq, Afghanistan and even in our own country a large number of children have been killed. For what sin the families should live in horror? As you know when we are terrified, the fear will be permanent and it is always with us. We have launched the movement to say that we think about children who are victims of terrorist acts and the Iranian nation are looking for peace. Because the Iranian Children have experienced terrorism, they also suffer when understand that children in other places around the world are in agony. You can be the ambassador of our association and a nation that have lost several thousand people in 1980s, including a large number of children by the extremist attacks."

"I think, one should start educational work on preventing terrorism in childhood. Those who have suffered understand it well. Someone, whose family was under terrorist attack, does not like the others to have such a bitter experience. Children suffer most in any catastrophe because they have no power to defend themselves", she concluded.

Then Ms. Bayat, director of public relations of Bahrami Children's Hospital welcomed the attendants of the ceremony and congratulated the Universal Children's Day and said "Welcome to the hospital. In 1988, the final year of the war, the hospital was attacked and some children were victimized. I commemorate the memory of the children and congratulate Universal Children's Day to all of you. I hope that none of you are hospitalized due to illness.

Mr. Mohammad Kondori, the former hospital employee who was injured in the rocket attack, congratulated the Universal Children's Day and explained about the tragedy occurred in the hospital. He said "the hegemonic powers used Saddam Hussein cooperating with the MKO and targeted the hospital. When the rocket hit the hospital; we were working in the department of radiology. Suddenly we heard the sound of an explosion. Children were crying and the door of the hospital kindergarten was closed. We opened it and entered. First we did not know what had happened. We came to the yard and saw the roof was destroyed and a number of children were killed and others were trapped under the rubble. Remembering the incident is very painful for me. So, I cannot talk about it anymore. I can only commemorate them."

He could not continue his speech because he really felt sad.

Ms. Manijeh Safiyari who has lost one of her legs in a terrorist explosion in childhood talked about how she was injured and suffered from physical and psychological problems. She said "I lost my rights leg due to a bomb explosion. My mother was also injured. Now, 30 years have passed. I know people who have been injured or disabled in terrorist attacks." We express our sympathy to the children of Yemen and around the world and we hope justice will prevail throughout the world.

Mr. Shafiq Sharq, the Cultural Counselor of the Embassy of Afghanistan was the next speaker of the ceremony. He expressed his pleasure for attending the conference and appreciated the Association for Defending Victims of Terrorism for organizing the event. Congratulating the Universal Children's Day to the audience, he said "Afghan people understand the feelings of victims of terrorism because they are more familiar with the situation than other nations. We have a good understanding of what was narrated about the attack on the hospital. Every person who has grown up in Afghanistan has witnessed such an incident. Because a large number of civilians live in your country, you are aware of the issue. Although three million Afghan people who are in Iran loved their country, due to such violence they had to emigrate.

Today is the Universal Children's Day and we should not talk about sad incidents. But because you may assume responsibilities in the future, I speak about the the the matter so that you can be ambassadors of peace. What happened to the hospital has occurred in Afghanistan several times and perhaps if we talk about it days and nights, we still cannot show the reality. When we went to school in our childhood, we always heard the roar of the warplanes. Instead of listening to the teacher in the classroom we had to look for a shelter to be safe from attacks. So, we could not go to school half of the time we had to be there.

There is a center in Afghanistan, which is affiliated with the French government. Once I was invited to speak about a theater. The theater was about the silence after a blast. The theater was performed and during the show we heard the sound of an explosion. First, I thought that the explosion sound is a part of the theater. When we got out of the hall, we found that an actual explosion had occurred and my pants were full of blood of the people who were killed and injured. This has been happening in Afghanistan for many years. I hope when you grow up, the world is full of peace.

At the end of the ceremony, the statement of the conference was read by one of the children.

Views expressed are of Association for Defending Victims of Terrorism (ADVT) and do not necessarily coincide with the views held by EFSAS. 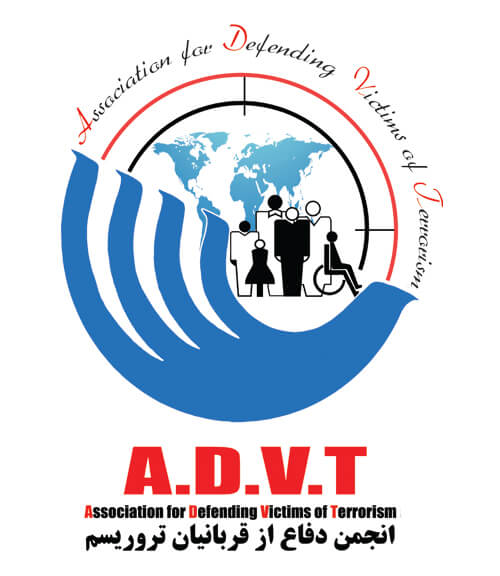