The delegation of EFSAS and Dr. Salman discussed China’s growing rise in international relations, and its strategic use of soft and hard power approaches on the geo-political arena. The effectiveness of China's strategic hedging approach against US power strategies, in regards to South Asia, were additionally evaluated and deliberated upon. According to Dr. Salman, China’s unprecedented economic rise in the last 30 years is generating the conditions for an inevitable process of power diffusion, leading to the end of unipolar international system, which will ultimately require the re-balancing of the relationship between global powers. 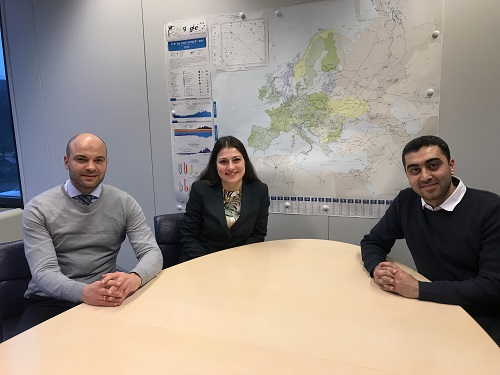 Dr. Salman explained how the economic rise of countries such as India and China will eventually outperform in financial and political terms the growth of the European Union and the US, making the world shift more towards Asia. He discussed how the flagship project of the China Pakistan Economic Corridor, the Gwadar Port, can potentially become one of the biggest and most valuable ports in the world in regards to international trade.

Mr. Dušan Vejinović and Ms. Yoana Barakova highlighted the negative economic implications stemming from Chinese investments in Pakistan, arguing that Islamabad is facing the risk of becoming progressively subjugated to Chinese debts, which is increasingly visible from the country’s quest for funds, including its recent call for an IMF-bailout, to meet the State’s financial liabilities.

Dr. Salman and the delegation of EFSAS further discussed opportunities for future collaboration and exchange of relevant expertise and opinions.