Julie Fraser, a legal practitioner and a qualified solicitor, currently conducting her doctoral research on the role of culture and social institutions in the national implementation of International Human Rights obligations in Asian and African States, called upon EFSAS at its office in Amsterdam, to discuss the Human Rights situation in South Asia. Economic undertakings, terrorism, State security and its effects on the human rights situation in India, Pakistan, Afghanistan and China were discussed. Ms. Fraser also shared her expertise on the political dynamics of the region and emphasized on how important it is for people in the region to correctly understand the concept of Human Rights Law. According to Ms. Fraser, the notion of Human Rights is not absolute and is often misinterpreted and therefore, a public discourse on the subject among the people in the region, is warranted. EFSAS appraised Ms. Fraser about the Human Rights situation in South Asia in general and in particular in Jammu & Kashmir, Afghanistan and Pakistan. The grave Human Rights situation in Gilgit Baltistan, especially due to the construction of the China Pakistan Economic Corridor was also analyzed in an elaborate manner. Ms. Fraser agreed to keep sharing her expertise with EFSAS and advising it on such intricate matters and also expressed her interest in speaking at future conferences and seminars in which she can approach the various challenges in the Indian Subcontinent from the perspective of International (Human Rights) Law. 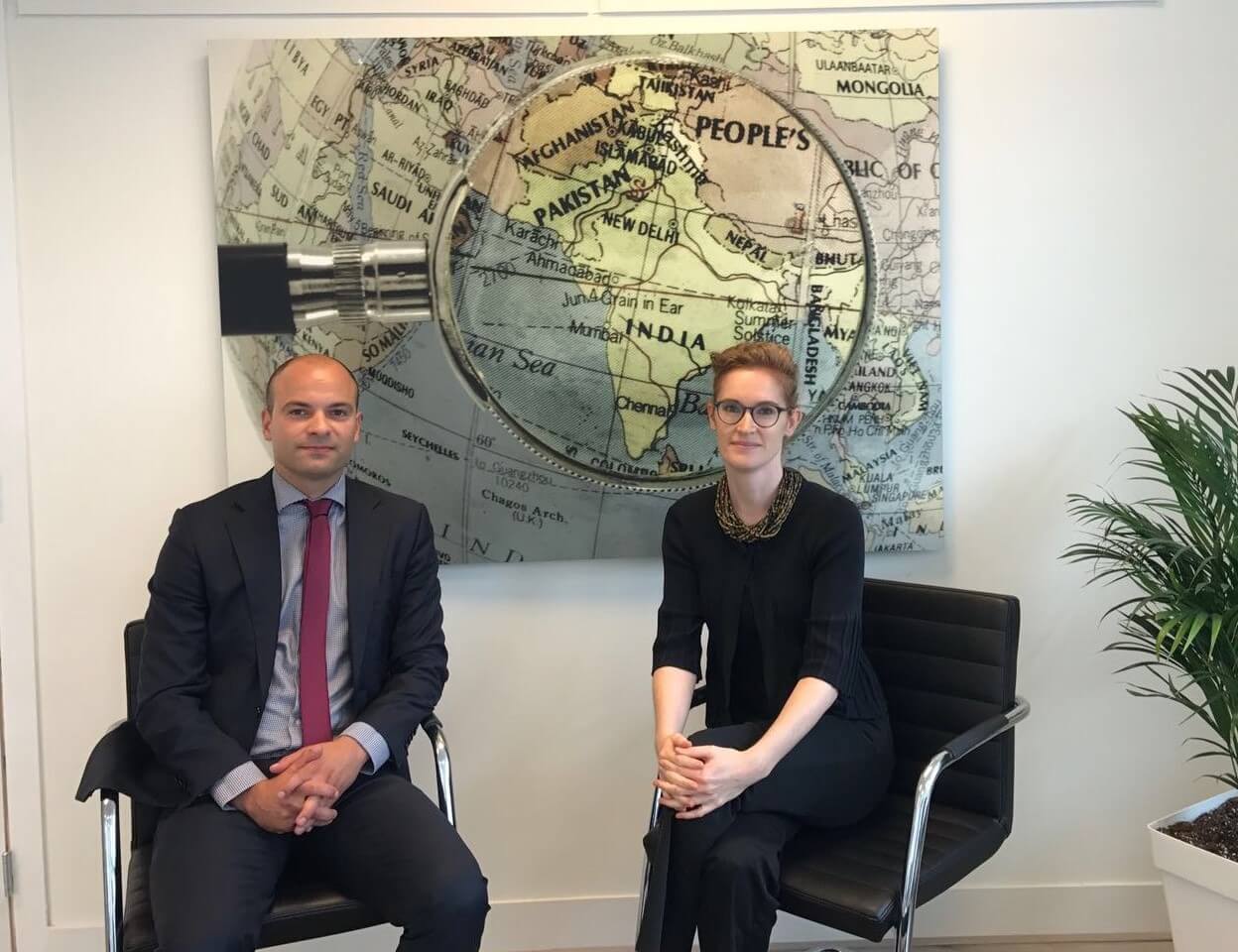 Ms. Julie Fraser with Mr. Dušan Vejinović at the office of EFSAS in Amsterdam.