Bloomberg informed in a 16 November report that the United Nations (UN) had assessed recently that Afghanistan had produced 6,800 tons of opium in 2021, the fifth straight year in which opium production had crossed the 6,000-ton mark, and that the uncertainty resulting from the Taliban’s takeover of the country had pushed up opium prices in August and September. Output grew 8% this year and incentives for cultivation have risen as prices have picked up amid soaring poverty and food insecurity. The UN report further said that “Income from opiates in Afghanistan amounted to some $1.8-$2.7 billion in 2021. However, much larger sums are accrued along illicit drug supply chains outside Afghanistan”. In this backdrop, despite the noble intentions announced with some fanfare by Mujahid, the Taliban’s status as the prime driver of narco-terrorism has caused most seasoned observers to be skeptical about it. 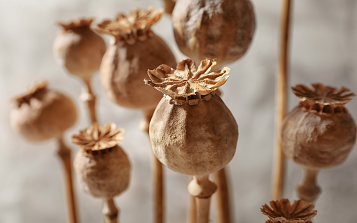