While the Junta, which has been generously approving ambitious Chinese infrastructure projects that had not received the go-ahead from the pre-coup National League for Democracy (NLD) government, can rely on Chinese news agencies to propagate an optimistic outlook on its behalf, very few Western watchers of the region, barring notable exceptions such as long-time regional expert Bertil Lintner, have expended much ink on the economic woes that the Junta has brought upon Myanmar. As per the World Bank’s Myanmar Economic Monitor, between October 2020 and September 2021 the economy contracted by a whopping 18%. The World Bank predicted that compared to 2019 levels, the number of Myanmar nationals living in poverty is likely to more than double by the beginning of 2022. 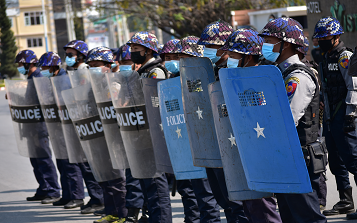