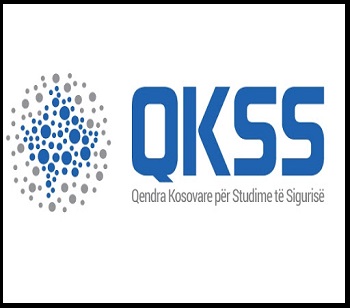 The goal of KCSS is to foster democratization of the security sector in Kosovo and enhance independent research and advocacy. It is dedicated to security sector development and reform in Kosovo and Western Balkans by proactively promoting principle of good governance, integrity, and resilience. KCSS’s primary mission is to research and monitor the rule of law in general, and security sector. In achieving its goal, the KCSS team applies number of tools such as: policy writing, capacity building and advocacy, with particular emphasis qualitative and quantitative research, conferences, roundtables, seminars, trainings, capacity building, advocacy, awareness raising, intervention and direct policy advice.

The organizational structure of KCSS is composed of the following bodies: i) Assembly of Members, ii) Advisory Board, iii) Legal Representative, and iv) Staff including Office Manager, Programme Coordinators, Senior Researchers, Junior Researchers, Administrative Officer and Interns. This structure is strictly in accordance with Kosovo’s legal framework in place on the freedom of association, especially legal provisions of the Law No. 06/L-043 on Freedom of Association in Non-Governmental Organizations.

Furthermore, KCSS is one of the most networked security organization in the Western Balkans. Since 2011 is a member of the European Peacebuilding Liaison Office (EPLO) which is one of the leading Brussels-based EU policy peacebuilding and security advocacy networks. Since 2015 is a member of the Resolve Network run by US Institute for Peace which gathers some of the most prestigious world-wide think tanks, universities and institutes that deals with phenomena related to violent extremism. KCSS is part of the Western Balkans Security Research Platform since 2009 which is a group of 6 organizations from 6 Western Balkans countries (1 per each) which deals with various security and cooperation including on the regional cooperation, rule of law and inter-ethnic as well as citizen-to-citizen cooperation.

KCSS since 2016 is part of various Horizon 2020 consortium projects covering various topics from peacebuilding, conflict resolution, migration to violent extremism. Most notable consortium which KCSS is a partner organization are: EUNPACK which dealt with peacebuilding and conflict prevention and was led by NUPI, Norway (2016-2019); Peacebulding.eu which aim was to develop peacebuilding curricula and was led by SYNYO based in Vienna, Austria (2016-2019); PERCEPTIONS which deals with perceptions of European citizens on migration and is led by SYNYO, Austria (2019-2022); PAVE is focused on violent extremism phenomena in Western Balkans and MENA regions and is led by Berghof Foundation, Germany (2020-2023).