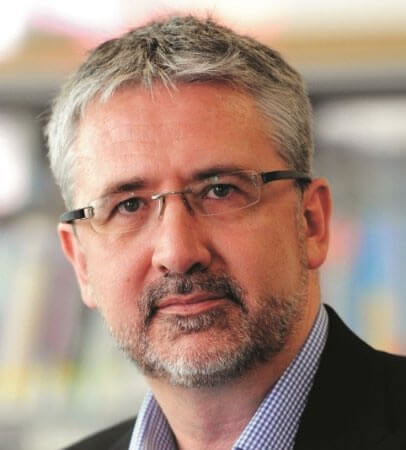 Professor Rob McCusker is the Head of Division for Community and Criminal Justice at De Montfort University, a Visiting Professor at Universiti Teknologi MARA in Malaysia and an Adjunct Associate Professor at Charles Sturt University in Australia. He was the former Director of the Centre for Fraud and Financial Crime and Reader in Fraud and Financial Crime at Teesside University and the former Transnational Crime Analyst for the Australian Institute of Criminology, Australia’s leading statutorily created crime research body which falls within the Minister for Justice’s portfolio.

Rob has worked with the Specialist Crime Directorate of the Metropolitan Police, the Council of Europe, APEC, the Federal Bureau of Investigation and the US State Department on a range of transnational crime issues. Rob was a designated ‘expert’ in economic crime and money laundering at the 2005, 2010 and 2015 United Nations Congresses on Crime Prevention and Criminal Justice and a designated expert for the Centre of Excellence against Terrorism (COE-DAT) for NATO (Turkey).

Rob was the Research and Evaluation Consultant for the UN Development Programme in relation to a global assessment of the impact of the UN Convention against Corruption, undertook a review for the Australian Attorney-General’s Department on anti-corruption strategies in the Asia-Pacific region and was a member of Panel Two (‘The Foreign Bribery Offence and Principles of Prosecution –Australian Public Authorities’) in connection with an OECD on-site evaluation of the Australian Government’s compliance with the OECD Foreign Bribery Convention.

Rob is an Academic Expert for the European Parliament (on 'Institutional and Legal Affairs', 'Civil Liberties, Justice and Home Affairs' and 'Foreign Affairs, Security and Defence'), a Senior Fellow within the Governance and Integrity Group of the Institute for Statecraft in London and a Fellow of the Global Initiative Against Transnational Organized Crime in Geneva.

Here you will find contributions by Professor Rob McCusker, Fellow at EFSAS.